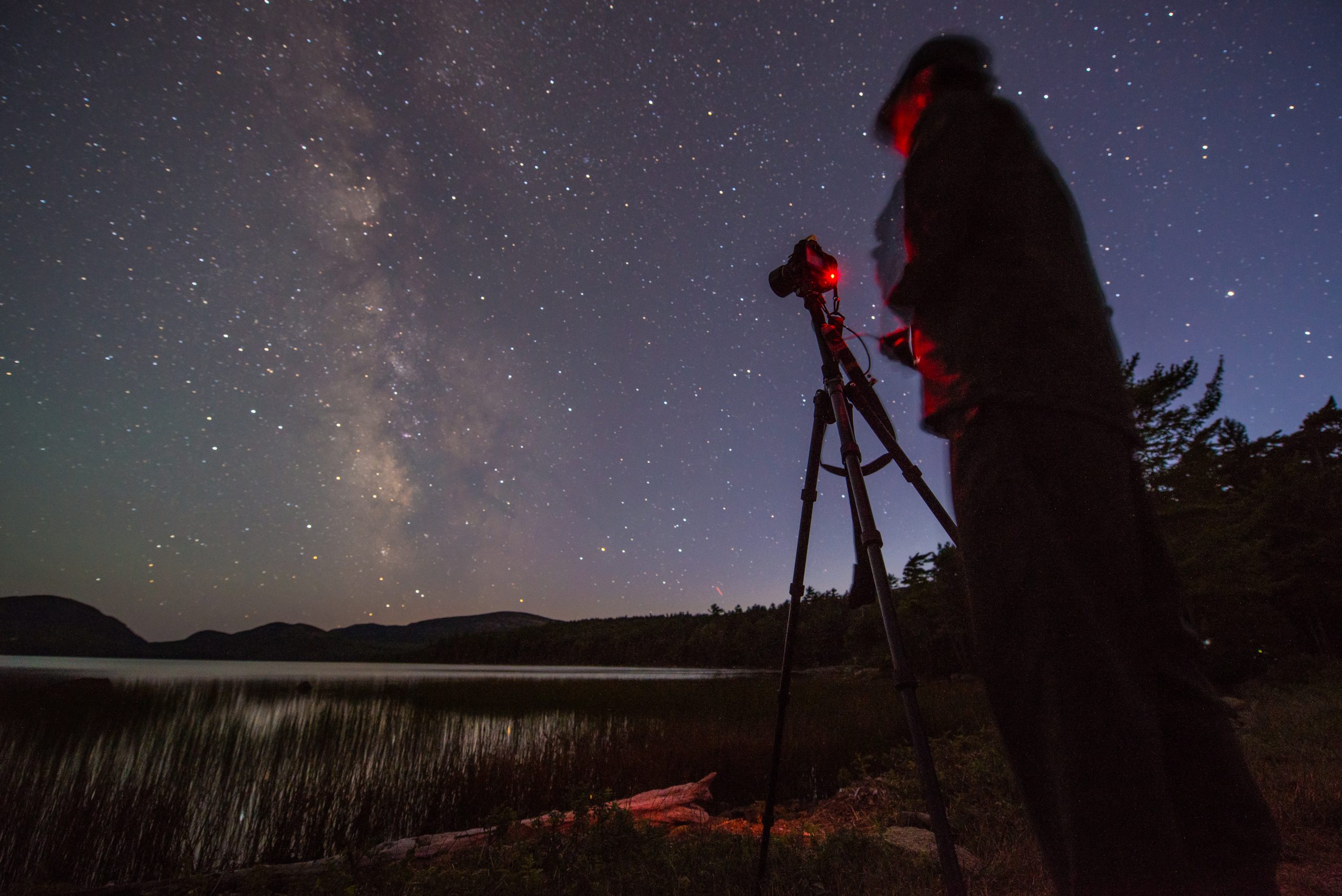 We are very thankful for all of our followers, visitors, and collaborators. To make the festival more sustainable for the future, we will be taking a different approach this year. The festival will NOT include a star party at Cadillac Mountain due to our inability to accommodate the overwhelming demand due to limited capacity and staffing constraints. However:

We can’t wait to celebrate, conserve, and protect the dark skies of Maine with you this year. Just as the universe expands, the Acadia Night Sky Festival is also expanding. Please stand by for our updated 2022 calendar of events!

Join us for the 13th Acadia Night Sky Festival

Join us for one of the premier night sky events on the eastern seaboard. The 13th Acadia Night Sky Festival is set for September 21-25, 2022.

Help us celebrate the starlit skies of Downeast Maine through education, science, and the arts.
Maine’s spectacular rocky coast is home to Acadia National Park, and some of the last pristine, star-filled night skies in the eastern United States. Here, the Milky Way shines bright in the largest expanse of naturally dark sky east of the Mississippi River.
With the rapid loss of dark skies to light pollution receiving national attention, Maine is increasingly being referred to as one place “that still has stars.” We invite you to discover Downeast Maine’s unique commitment to protecting the quality of its starlit nights at this annual celebration.

The Acadia Night Sky Festival originated as an outcome of the enthusiasm of the local community and government over the adoption of a local ordinance. In 2007, the Bar Harbor Conservation Commission (BHCC), held their biennial Conservation Summit; it was here that the need to preserve the night skies over Mount Desert Island and its surrounding communities as the darkest skies on the Eastern seaboard, was first brought to light. As a result, the BHCC proceeded to develop over the course of the following two years a local ordinance that required ‘night sky friendly’ outdoor lighting on all new construction in the town of Bar Harbor, in an effort to prevent any further light pollution to our local skies.
The popularity of this effort among both local communities and government drew such incredible support that in 2009, the ‘Bar Harbor Ordinance – Light and Glare’ was voted in by a landslide popular vote. Recognizing the overwhelming response from the residents and respective municipalities, the need to celebrate this wonderful commodity became apparent, and that same year, the inaugural Acadia Night Sky Festival was held.
Since its inaugural run, the Acadia Night Sky Festival has attracted much national attention and recognition, not only for its unique purpose, but for the collaboration that it has inspired among some of the major private organizations in Hancock County.

Our mission is to protect and enjoy Acadia’s stellar night sky as a valuable natural resource through education, science and the arts.